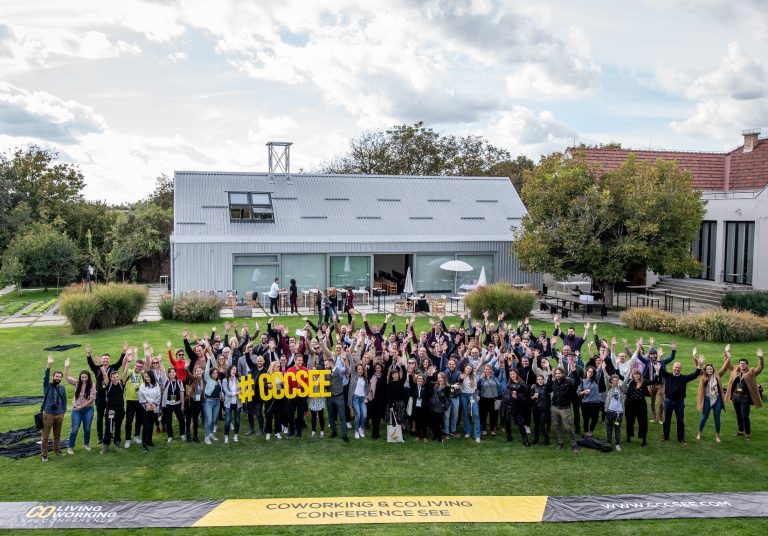 #CCCSEE2019 making it personal: the final cut of our after movie, just in time for the upcoming holidays. Building up for a better event next year! Share it, love it and enjoy it… 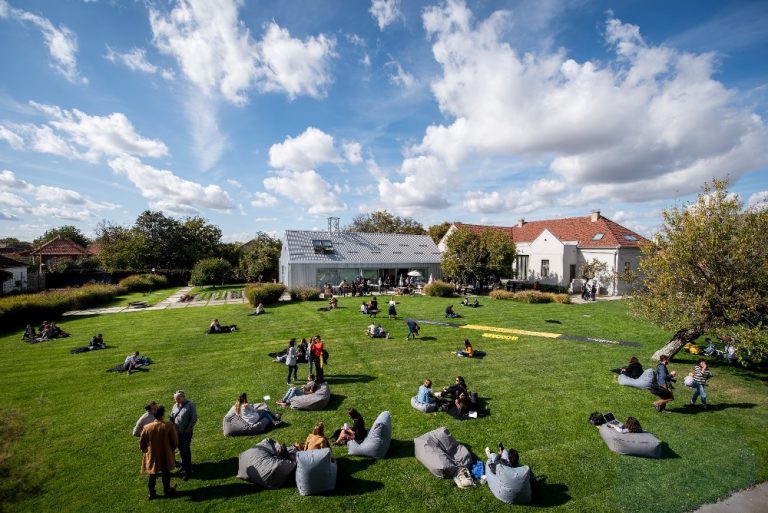 Out of the Ordinary: Coworking and Coliving in Belgrade

Two weeks ago we flew to Belgrade full of uncertainty and anticipation for the Coworking and Coliving Conference South East Europe (CCCSEE). Our expectations were high for this brand-new conference meant to discuss a topic close to our hearts in a region close to home. The result exceeded our expectations and has left us excited to return next year. Read more… 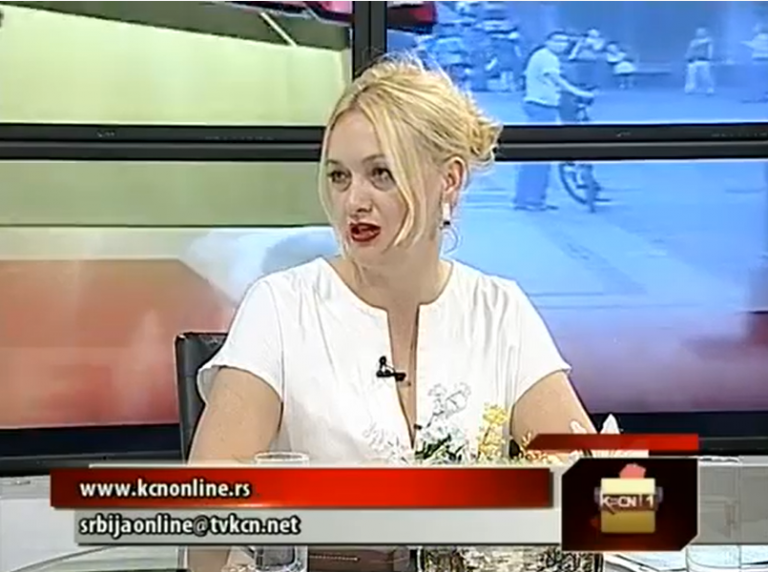 The first CCCSEE brought together coworking experts from around the world 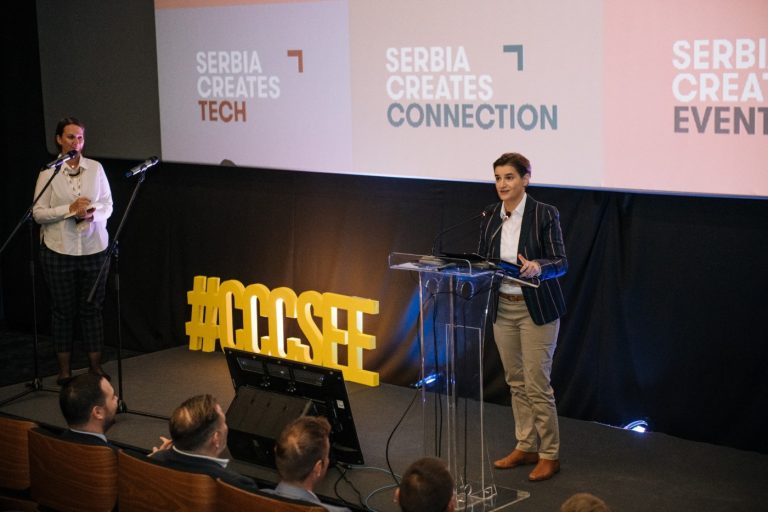 It is estimated that 43% of the workforce worldwide will declare themselves freelancers by 2020, and Serbia may become a new creative nominee for digital nomads by opening its borders and adapting its infrastructure to this business concept, estimated at the first international “Coworking & Coliving Conference of Southeast Europe”. Read more…

Belgrade hosts digital nomads and coworking experts around the world

The first international “Coworking & Coliving Conference of Southeast Europe” was held in Belgrade. Next announced for 18-21. October 2020 in Rovinj. The conference was officially opened by Prime Minister of the Republic of Serbia Ana Brnabic, Ambassador of the Federal Republic of Germany to Serbia Thomas Schieb and Miroslav Mijatov in front of the Association of Entrepreneurs and Startups “Smart Office”, which is the main organizer of the conference. Read more… 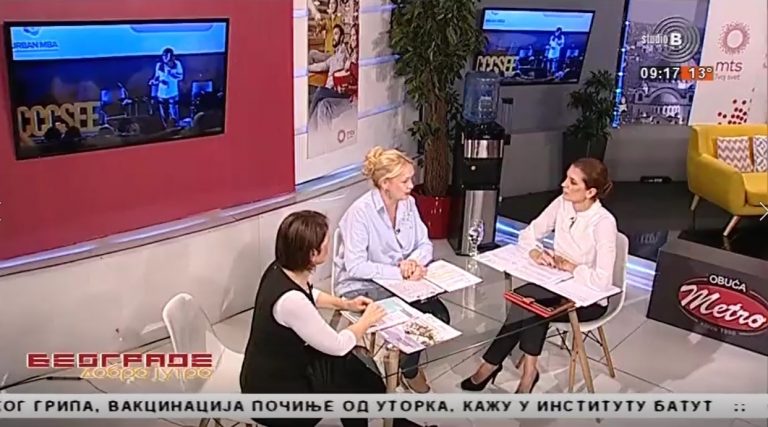 In the past 7 years, almost 40 coworking spaces have been opened in Serbia, employing around 900 freelancers, entrepreneurs, digital nomads, startups, small and medium-sized enterprises, and this number is constantly growing. During the three-day conference, topics related to coworking & coliving management were in the focus, but the focus was also on the future of work, real estate, space optimization in the urban environment, tourism development potential, the gig economy, sustainable development goals and coworking as an ongoing action and community center. 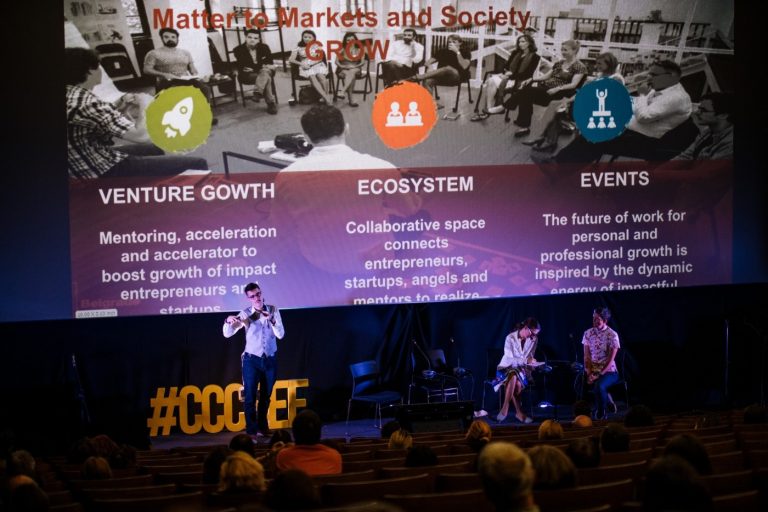 Coworking & Coliving is a future that has already arrived

What is coliving, who are the digital nomads, what is behind the coworking centers, what are the business models for work, how many people work from those places in Serbia, what is happening in other countries, who is transforming their space into coworking, what is the gig economy and the other thousand why and a thousand therefore said and spoken during the three-day conference. Reade more… 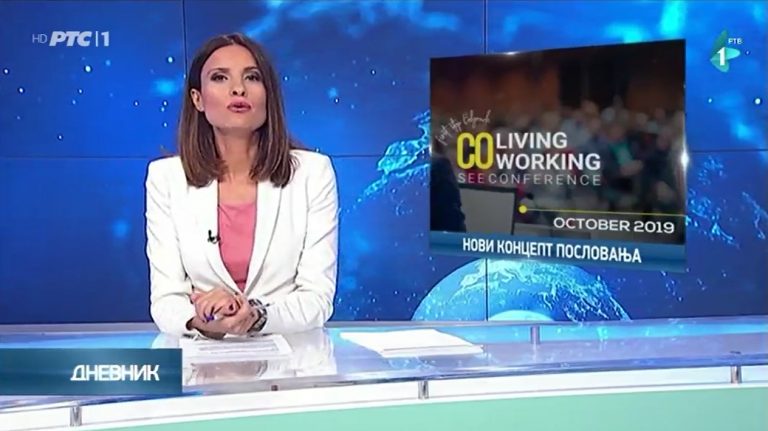 New concept of business in Serbia

Prime Minister Ana Brnabic expressed her gratitude to the organizers of the conference, adding that Serbia is one of the leaders in this type of work with about 40 coworking centers. “This is a different face of Serbia, a face of Serbia who is creative and creative, with talents, opportunities, potential to compete with the best countries.” added Ms Brnabić at the CCCSEE opening. Thomas Schieb, ambassador of the Federal Republic of Germany in Serbia said that coworking was created to facilitate the creative thinking of professionals from different backgrounds and with different experiences. He noted that Germany today has about 300 coworking spaces, and the largest one is in the municipality of Brandenburg, which has the lowest population rate but is only an hour from central Berlin and has affordable coworking space rentals. 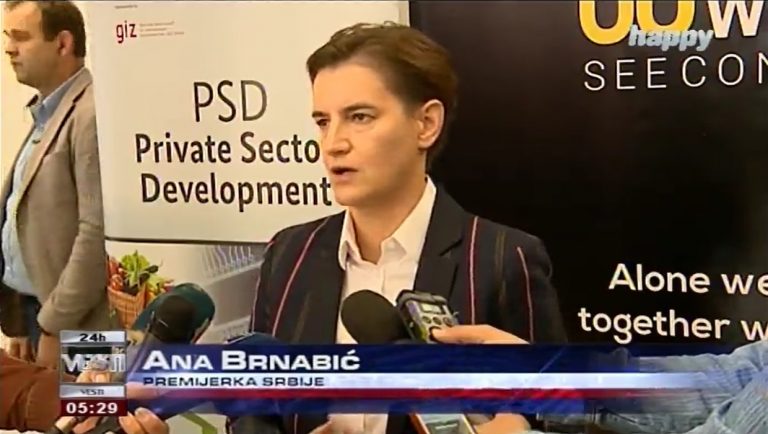 Brnabić – We wish Serbia to be an open country

Prime Minister Ms. Ana Brnabić said at the opening that Serbia is changing rapidly to take advantage of the fourth industrial revolution and that much has been done in the past three years to create an economy and a society that supports innovation and creativity.

“We want Serbia to be an open country where many people from all over the world live and work, so that people from all over the world come and create in Serbia. We want Serbia to create opportunities for all, “Brnabic said at the opening of the international conference” Coworking & Coliving Conference Southeast Europe “on the modern concept of business. Speaking about tax reforms in the area, she said those reforms were implemented with the aim of developing digital technologies and innovative industries. “From January 1, 2020, all digital nomads who reside in Serbia for up to 90 days will be tax-exempt,” Brnabic said, adding that start-ups with up to nine employees will not pay taxes in the first year of business.

Recap 3rd day of the Conference

Final, third day recap by @warp.studio – from the amazing @mokrinhouse where we discussed Coliving from all the different angles, through many different lenses! #cccsee2019 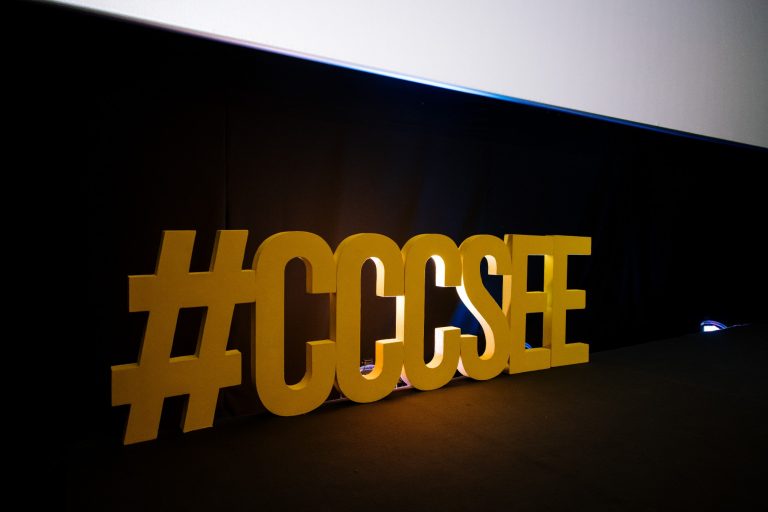 Recap 2nd day of the Conference

Another recap, another great video by our @warp.studio 😎 – see what happened on day 2 of #CCCSEE2019 ! Share the love! 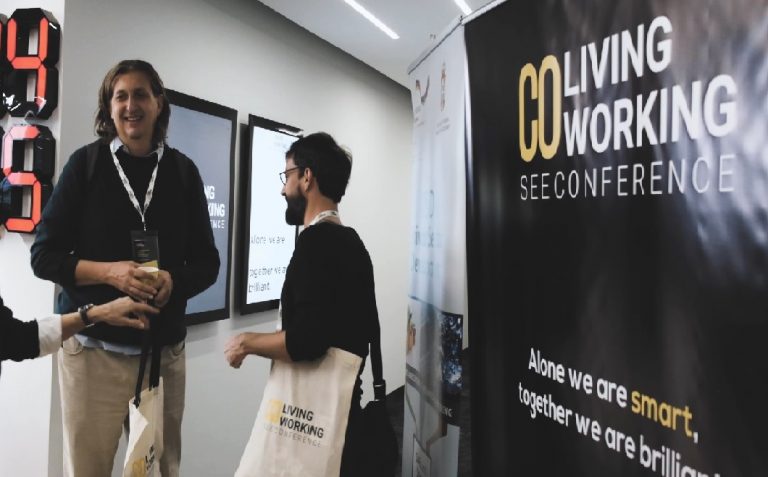 Recap 1st day of the Conference

First day of #CCCSEE2019 and our amazing videographer @warp.studio managed to get all of this together for our first #cccseerecap – share the love 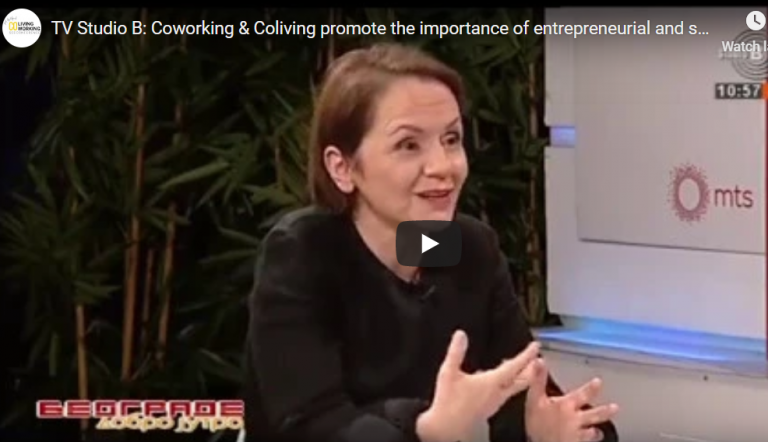 Coworking & Coliving promote the importance of entrepreneurial and self-employment

The conference is organized by UPS “Smart Office” and will be held for the first two days at Kombank Hall in Belgrade, while on the third day all the guests will continue with conference activities in Mokrin House, one of the co-organizers of the event alongside the Coworking Association of Serbia. The hot topics such as self-employment, freelancing, remote work, digital nomadism, innovations and start-ups will charge the majority of panels and workshops. The Conference is supported by the German Federal Ministry for Economic Cooperation and Development (BMZ) through the German-Serbian Initiative for Sustainable Growth and Employment. And the importance of the conference was also recognized by the team of Serbia Creates platform created at the initiative of the Council of Creative Industries of the Prime Minister of the Republic of Serbia, Ms Ana Brnabic with the aim of supporting existing and developing systemic measures for the creative industries and innovation sector. 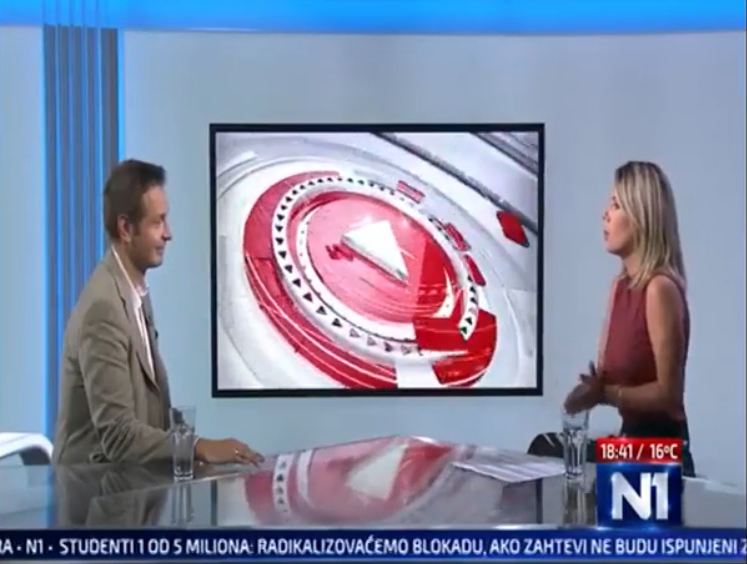 From 2005 till now, over 15,000 coworking spaces were open across the globe. Serbia has over time become the part of the community and a pioneer in the implementing the concept in 2012 was no one else but Miroslav Mijatov when he opened Smart Office. Today, almost 40 coworking spaces are operational in Serbia, while one of the most innovative concepts was developed by Ivan Brkljac as a coworking & coliving space in Mokrin village – Mokrin House, a house of ideas where digital nomads who believe in the freedom to operate business from any corner of the world come together. Thanks to this philosophy, Mokrin House ended up on the Forbes list of best coliving spaces in the world for digital nomads. 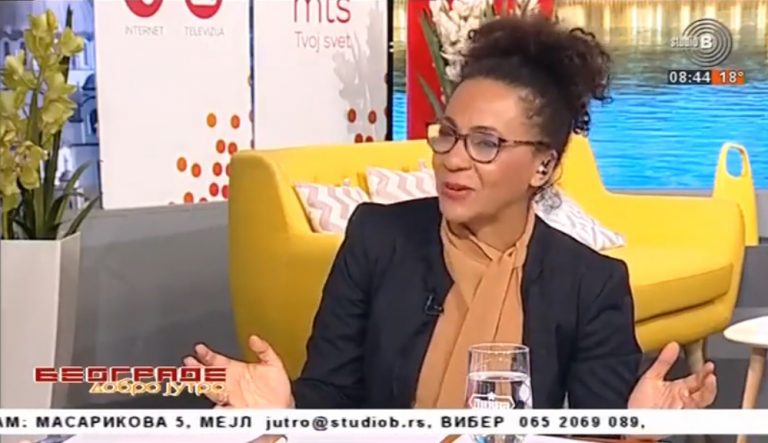 Coworking & Coliving as a novel business concept is changing the world economy, but at the same time aims at developing a new level of human interaction, stimulating cooperation and intrinsic networking, as well as creativity and exchange of ideas. The concept also boosts innovation, entrepreneurship and employment, developing a community that is open to ideas swap, cooperation and readiness to change –underlined Miroslav Mijatov, the convener of the conference and founder of the first coworking space in Serbia – “Smart Office”.

Following a number of western European cities like Berlin, Paris, Barcelona, Lisbon, Milano, Brussels, Amsterdam and Dublin, Belgrade has finally and after a decade of waiting become the host city for the long-awaited conference dedicated to a contemporary global trend of coworking and coliving. The international conference entitled “Coworking & Coliving Conference Southeast Europe” will be held from 9 to 11 October in Belgrade (Kombank dvorana) and Mokrin (Mokrin House), gathering over 300 participants from around the world. Read more… 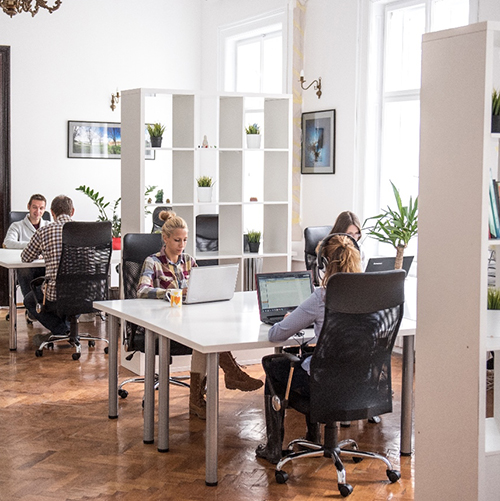 Over the last few years, co-working has become increasingly popular around the world, and so in our country. By strict definition, it is “working in a common space, paying a certain fee”. Since December last year, there is also a Coworking Association in Serbia. It brings together representatives of 20 coworking spaces in the country, with the aim of promoting work and contributing to the development of entrepreneurship and youth employment through conferences, research, education and promotional campaigns. Miroslav Mijatov, founder of the first coworking space in Serbia known as “Smart Offica” is with us this morning, and we are talking about one big event that will bring together the coworking community of the region, as well as the world.nity of the region, as well as the world. 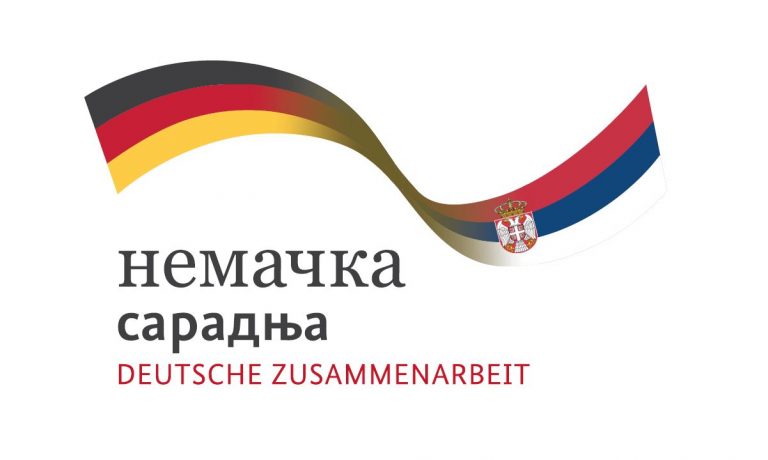 We sat down and talked to Marija Radovanovic, Senior Project Manager of the Youth Employment Promotion Project in Serbia, and Tomislav Knezevic, Senior Project Manager of the Private Sector Development Project in Serbia. These projects are implemented within German Development Cooperation in Serbia by Deutsche Gesellschaft für Internationale Zusammenarbeit (GIZ) GmbH. We talked about challenges for sustainable growth and employment in Serbia, about support systems for private sector development, about education and training, self-employment and entrepreneurship and how Coworking and Co-living fit into these trends in Serbia!
#CCCSEE2019 is supported by the German Federal Ministry for Economic Cooperation and Development (BMZ) through the German-Serbian Initiative for Sustainable Growth and Employment. 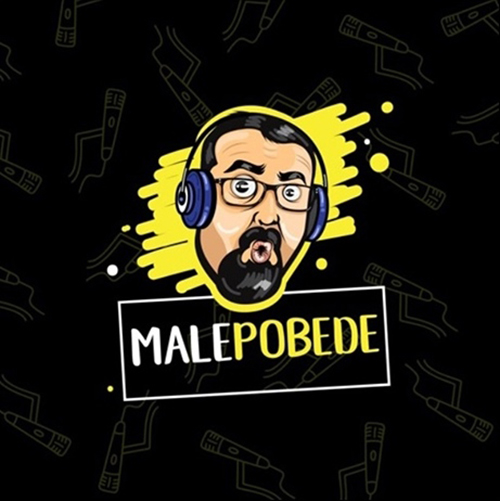 One of the events that we will visit this year, is the first Coworking Coliving Conference Southeaste Europe, which will be held from 9th to 11th October in Belgrade and Mokrin. Why is this event important, who is it for, listen in this episode. For more information and ticket check www.cccsee.com. 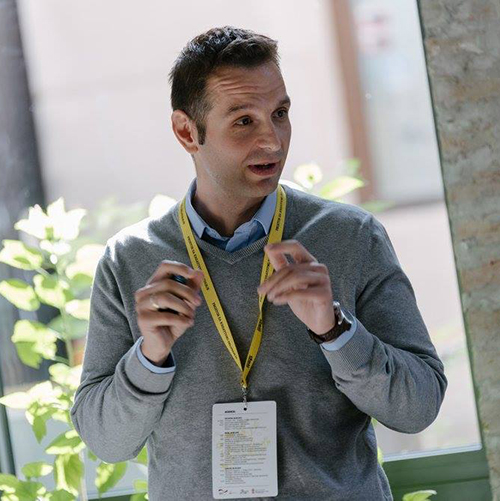 Coworking and Co-living with Misha Mijatov

Welcome to Coworking Values the podcast of the European Coworking Assembly. Each week we deep dive into one of the values of accessibility, community, openness, collaboration and sustainability. Learn how these values can make or break Coworking culture.

Tune in to hear our host Jack chat with Miroslav Mijatov about his pioneering adventure as the founder of the first Coworking space in Serbia, ranging from building the culture, to what motivates him personally.

The chat ends with fantastic discussions about the Coworking Co-living conference being held on the 9th-11th of October.… Read more 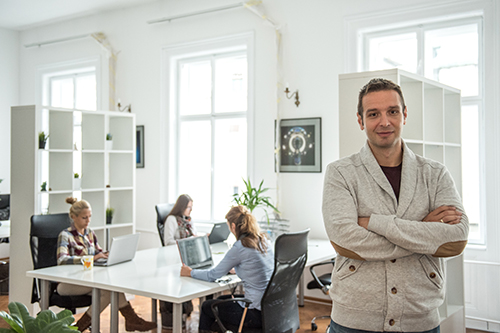 The story of the first coworking space in Serbia or what stands behind CCCSEE?

By now all of us, people living the modern styles of life, already know the concept of coworking quite well. However, coliving is definitely something not all of the readers will recognize immediately.

Miroslav Mijatov is the founder & project leader at Coworking & Coliving Conference South East Europe (CCCSEE) that will take place in Belgrade 9 – 11 October 2019. 7 years ago Miroslav founded the first coworking space in Serbia, Smart Office, and currently continues to innovate, explore new trends and help the brightest minds from different corners of the world come together and share their knowledge.

We have interviewed Miroslav to get to know more about his exciting journey, the concept of coliving and the upcoming conference in Belgrade… Read more

Cookies help us deliver our services. By using our services, you agree to our use of cookies.OkLearn more